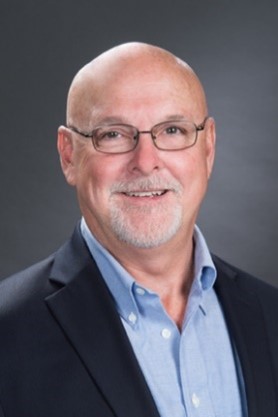 Harry Spaight is a Keynote Speaker, Author, and Coach. Having grown up in a small New England town with old school values, Harry became involved in mission work. To support himself he had a small janitorial/office cleaning business. The mission work is what gave Harry the most joy and purpose. That work led him to spend two years in the Dominican Republic working with the local population to improve upon their life skills and spiritual growth.

Upon returning to the States, Harry transferred his skills, working with people, to sales. With very little business acumen, Harry applied the principles from the Bible as a guide of how to treat people. Those principles that were two thousand years old or more still proved to be practical. It was all about serving others. Harry believed that people would buy from him if he had a servant’s mindset. The principles worked. Harry eventually moved and was leading a team of sales professionals in downtown Washington DC, just a few blocks from 1600 Pennsylvania Ave. Would the principles work in such a competitive market as Washington DC? The answer is Yes. The principles are indeed timeless.

Now, after spending over 20 years as an Award-Winning Multi-million Dollar Sales Producer and Sales Leader in the extremely competitive arena of corporate sales, Harry knows firsthand how to be successful in sales and lead winning teams. While many sales leaders choose the cozy corner office, Harry preferred to be in the street, sleeves rolled up so to speak, with his team.

Harry is one who leads by example, knowing it is better to get in the trenches with his people than to bark commands at them. He spearheaded sales teams to achieve amazing success that resulted in over 100 million dollars in business. Harry has a “Serve Others First” mindset, which is largely due to having served for over a decade as a missionary.

Harry’s understanding of clients, sales professionals, and Sales Leaders in building trusting relationships, gives people the confidence in putting his knowledge and experience into practice.

Harry is the co-host of a Top 20 podcast “Lead Sell Grow, The Human Experience” and his inspirational book “Selling With Dignity” is now available. Harry is on a mission to take the sleaze out of sales and show success in sales can be achieved with honor.

Harry works with sales teams and executives to elevate their craft of selling and leading with dignity. He can be reached at harry@leadsellgrow.biz for consulting, speaking, or media opportunities.