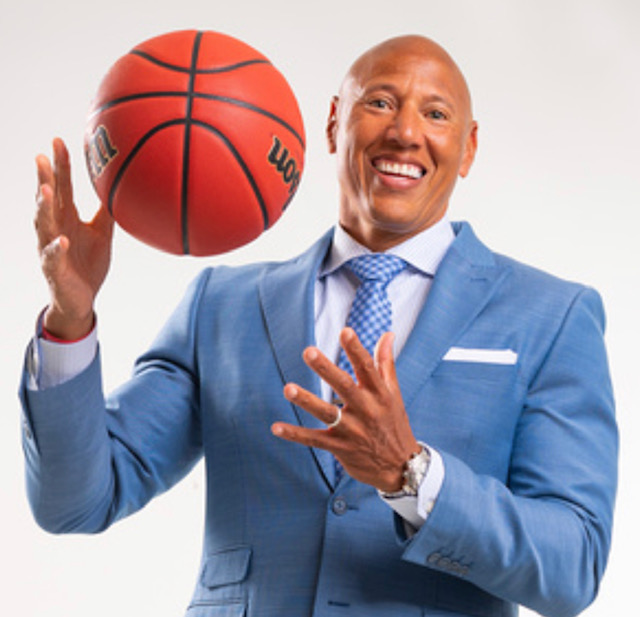 Fred Quartlebaum has a long resume of basketball coaching experience,
which encompasses more than twenty-five years in the Division I college
ranks. He is currently on the coaching staff at the University of Kansas and
has had coaching stops at North Carolina, St. John’s, and Notre Dame among others.

While at Kansas, Fred has been a part of six Big 12 regular-season championships, two Big 12 Tournament titles, three NCAA Championship Elite Eights and one Final Four in 2018.

During Fred’s time at KU, he’s had the honor to see more than 15 Jayhawks move on to the NBA, including Andrew Wiggins and Joel Embiid, the No. 1 and No. 3 overall selections in the 2014 NBA Draft and Josh Jackson, the 2017 No. 4 pick.

Fred played college basketball at Fordham University where he was a four-year letter winner from 1985-89. He helped the Rams to an NIT appearance in 1988 and was co-captain his senior season. Fred graduated with a degree in communications and is a member of Kappa Alpha Psi Fraternity, Inc.

Fred and his wife Christy have two sons, Trey, who is a guard at St. Francis Brooklyn, and Mayson, a forward at Kennesaw State.

Fred has teamed up with his close friend, inspirational author, coach, trainer, and top podcaster Christopher J Wirth to coauthor book two in The Positivity Tribe series. Their new book, The Positivity Tribe in the Locker Room, tackles culture, kindness, overcoming adversity, and the importance of teamwork.